Step 1 - Docker Installation
A related video for this post

So you got yourself this bad ass new shiny Ubuntu guest on your virtual box, and now you are thinking "I can do this docker"
Well you can't, cause if you weren't having issues, you wouldn't have found this dank little corner of the interwebz. You just want to go back to your cat pictures and get your boss off your back.
You have seen the low res videos by the mouth breathers, the official docker videos, and the "fan made" tribute to docker where they all but jizz all over this technology because they were the first one to figure it out.
But enough of them, we are here to talk about me, let's get it rolling shall we.

The current lie is that the install works the same on Ubuntu as well as RHEL types, but I have not tried it yet. Well the first don't use the package manager to install it, if you did force remove it now, I'll wait.

First check the version just because,


See, it is too low of a version to be useful. REMOVE IT!


Now that is what we should do here is just use the funky curl program to install it, because why not curl it.
You don't even have to sudo it, the docker install script will do it all for you.


You can do the group mod or not, beware there is no audit trail with docker if you use the group for all your admins. Your call.

You want to test it now, so go ahead, do it, run the hello-world container. Make it grow like the hairs of your beard before your Friday night date. You know you want to touch it.


Notice above, the image was not already on the system, so it pulled the image down and then ran it, only eating your precious little bits.

Huh, how about that, there is no containers running. Well crap. Maybe we should verify it first?
Use the -a switch after docker ps to view all images that have run, and there it is.


I wanna give it another whirl, this time with some slightly different switches to verify that things worked.
I am just going to test with the default ubuntu image and download that hot mess of 600MB

I did docker run -ti ubuntu /bin/bash to make it run it and give me the command prompt.
The switches here are defined as Interactive (i) and a pseudo-TTY (t) that will allow me to run bash interactively.

Notice the prompt at the end there, root@407b1d4342bd:/#
That says you are in the container and ready to go.
Once you exit the container it stops the docker process dies a horrible, lovely death as you get dropped back onto your standard command prompt

Sherman set the wayback machine to

I think it is time we pick a year at random and look at some things there to find out how we ended up on our path. We are always so concerned with going forward, we never take that moment to look back, and as Michael Jackson said Remember the Time.
Today On flashback who gives a fuck of the day, we are going to look a little bit into 2001.
Yeah that is right, the year you ditched an afternoon of work to go see Swordfish and thinking how epic it would be to get your knob slobbed on while hacking a system, but realizing that it would never live up to The Matrix. You will also have claimed to seen Donnie Darko in a theater, but we all know you downloaded it on Napster and had to listen to that guy cough in the background.
Fast and Furious was hot so you put the stickers on your mom's Honda and claimed that you did other things to add 50HP! Just another lie we all told each other.

Those things are great, and when you look back at them now, the movies hold up better than Ludacris's Move Bitch. And what is Mobi up to now and days? Was she really your butterfly, your sugar, your baby?

But we are missing some of the point now, the main point of the moment is the technology, oh that sexy sexy technology. Dual CRT 17" monitors crowding your desk, your Compaq iPAQ  h3600 that you had Linux on before you discovered how useless that actually is, as a device no matter what the operating system. This was the days when MP3s were still not supported on most systems, and when WinAmp really did whip the llama's ass.

It was more about customization of the interfaces, you made your windows run litestep just to be different. You weren't running Windows XP yet, because you believed that Windows 98 was the bestest wind0wz EVAH! Or if you weren't running windows, you were running Linux with Enlightenment for your desktop, BlueHeart anyone?

There was stuff on the horizon, the shiny new things, the stuff that would break your infrastructure if you tried to use it. The VMware of today was not even a promise from the sales team at this point. They were still trying to get more than 3 VMs on one server with 4GB of RAM.
It existed, but it wasn't ready for everyone.

There was also the mentality behind things, with all this customization, from your own personal music, to how your desktop computer looked and acted, to adding the horsepower stickers to your car, to the local rock and roll station stickers on your portable CD player. It was all about Me-ness, it was almost like the 80s, but with darker colors.

One of the things that sticks out a lot, is how well the systems worked. If, and only IF, you took the extra five minutes to setup your servers following the best practices, you were not effected by Code-Red, Sadmind, Sircam, and Code Red 2, now with extra code.

Linux was still not as popular, it was there but it was still railing against the man. Red Hat had just renamed itself to Red Hat Enterprise Edition and it was still slow growing, even though it was trying to go IPO. There were no threats to it, security or other, because it wasn't the most popular OS. It was like the queen of the home coming parade, only its friends cared enough to be its fluffer.

But I digress, it wasn't a time of fancy and new, instead of it was a time of adjusting to what you had, learning Windows 2000 server the right way, and getting Linux to be your public DNS server for "security" reasons.

I am bringing up these points because of where we are with systems and administration in general. 2001 was a good change point for things because that is when Novell was on the hard decline and Microsoft Active Directory was on the rise. Both systems were good at managing users and groups. They each gave you a central location for everything from workstations to servers to file share permissions. These things seem to be missing withing the next level of virtualization. You want traditional administrators, engineers, and architects to use these containers, but you offer no real security on them, no way to keep unauthorized users from making a mistake and deleting them.

So how did we devolve into this current state? Was it developers wanting to be malicious? I don't think so. I think it was a much more selfish reason than that. Security is an afterthought. Never on the forefront of the mind, and never ever thinking about what happens if they want to be enterprise class.

We end up with a bunch of people who should be singing with the Me First and the Gimme Gimme's trying to get things out to the world to make themselves bigger and to prove that they are the next Unicorn of Silicon Valley. They don't think of others until the complaints are too many to deal with, and they don't always think of the long term effects of their projects, just so long as they are getting money.

The next step, I am gonna leave for all you smart people to figure out. How do we get the rights and services. How do we get things going to be an enterprise class solution that ties into some form, even AD/LDAP Authentication. I would like to be able to give select people access to create, but not delete, or to restart but not to stop. 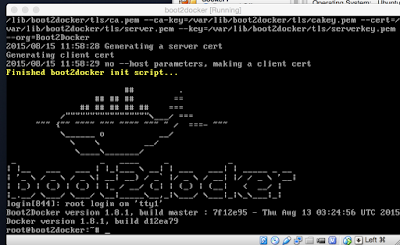 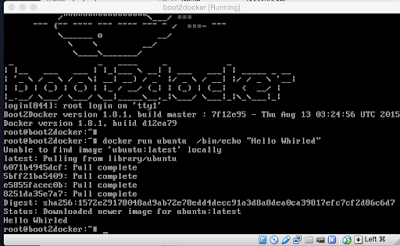 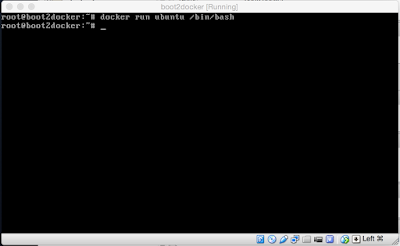 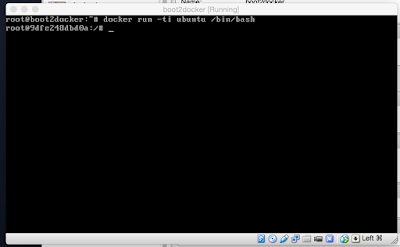 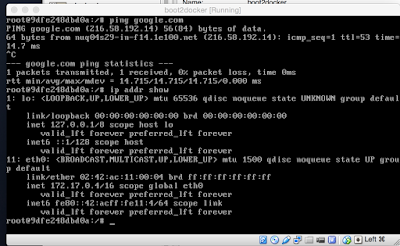 Posted by Hifi Ghetto at 6:04 AM No comments: